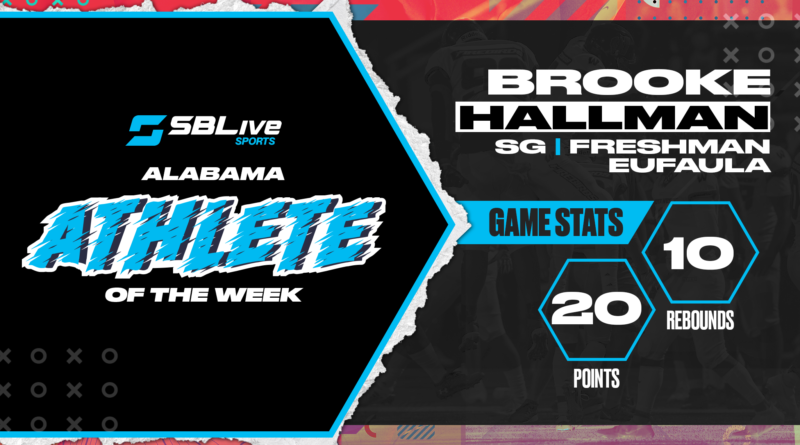 The freshman recorded a double-double (20 points,10 rebounds) in a 68-72 loss against Charles Henderson in Thelma’s Lake City Classic.

Hallman ran away with this week’s honor, receiving 64.61% of the total vote.

Jaborri Mcghee, Winfield Boys Basketball: Had 39 points, 10 rebounds, and 8 assists in a 80-31 win over Jasper.

Labaron Philon, Baker Boys Basketball: Led the Hornets with 36 points in an 81-67 win over Sparkman at the BeElite Holiday Invitational.

Logan Feltman, Winfield Boys Basketball: Had a career-high 38 points and 16 rebounds to reach 1,000 career points in an 81-53 win over South Lamar.