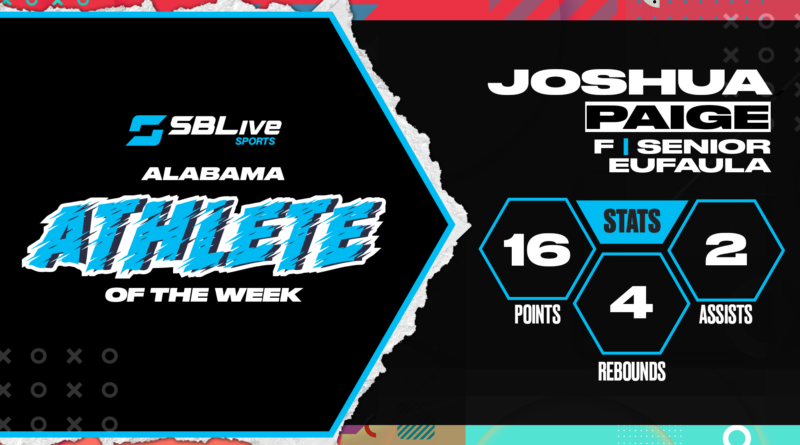 The senior totaled 16 points, 4 rebounds, and 2 assists in Eufaula’s 47-45 win over Enterprise.

Paige ran away with this week’s honor, receiving 96.14% of the total vote.

Lindsey Brown, Edgewood Academy Girls Basketball: Had 27 points and 10 rebounds in a 49-36 win over Hooper Academy.

Mia Hollingsworth, Hamilton Girls Basketball: Had 29 points, 6 rebounds, 8 assists, and 8 steals in a 64-29 win over Russellville.