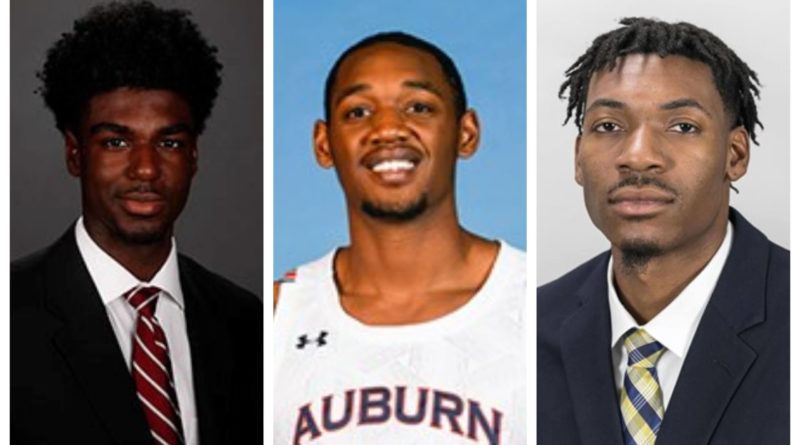 Rescheduled five months after its original June date because of COVID-19 concerns, the 2020 NBA Draft will take place Wednesday at ESPN headquarters in Connecticut, and a few players with Alabama high school ties hope to hear their names called.

Sixty players will be taken during the two-round draft, which will be televised on ESPN (6 p.m. Central). Here is a look at three top in-state NBA Draft hopefuls.

After earning first-team 6A all-state honors as a junior, Lewis opted to enroll at Alabama a year early, and when he debuted as a freshman in November 2018, he became the youngest active player in Division I at age 17. His youth didn’t prove a detriment — he earned SEC All-Freshman team honors that season and played on the U.S. FIBA U19 World Championship team that won a gold medal.

Last season, he led the Crimson Tide in scoring (18.5 points per game), assists (5.2) and steals (1.8) while shooting 36.6% from three-point range. He was named to the All-SEC first team and has established himself as one of the top point guard prospects in this year’s draft.

Mike Schmitz, ESPN/Draft Express: “One of the quickest players in the draft. Can change speeds or directions on a dime. Highly productive for his age.”

Kevin O’Connor, The Ringer: “Pick-and-roll playmaking habits bode well for his potential. Agile on-ball defender who moves well laterally and fights through screens, but he needs to get a lot stronger to contain bigger guards.”

Wiley was a first-team 7A all-state selection his junior season, when he averaged a double-double (27.1 points, 12.7 rebounds) in leading Spain Park to the state semifinals. He moved to Florida for his senior year, playing for The Conrad Academy and becoming a five-star recruit who followed his parents’ footsteps in signing with Auburn, their alma mater.

After Wiley averaged 8.8 points and 4.7 rebounds as a freshman, the NCAA ruled him ineligible for his sophomore season after an FBI investigation into a bribery scandal. He entered the 2018 NBA Draft Combine but withdrew from the draft to return to Auburn.

He suffered through an injury-plagued junior season before finally fulfilling his potential as a senior, averaging 10.6 points and 9.3 rebounds (second in the SEC).

NBA Scouting Live: “A tough, physical bruiser that can bang in the middle. Can score, rebound and block shots to provide an interior presence for his team, but has had a significant injury history and does not possess a whole lot of perimeter skills.”

Jeremy Woo, Sports Illustrated: “A modern NBA center, Wiley is not. But he’s massive and one of college basketball’s elite rebounders when healthy. If he can stay in shape and keep his health issues in the past, Wiley has a shot to succeed as a situational bruiser off the bench.”

Kennedy led the Jaguars to the 6A regional semifinals as a senior in 2016, when he averaged 16 points and eight rebounds per game. He attended Chipola College for two seasons, being named to the Panhandle all-conference first team as a sophomore and leading Chipola to the national junior college tournament.

He signed with McNeese State following his junior college career and led the Southland Conference in field-goal percentage as a junior at 64.1, averaging 13.1 points and 7.1 rebounds per game.

Last season as a senior, he was named Southland Conference defensive player of the year and was selected to the All-Southland first team. He led the conference in field-goal percentage (67.9, second in NCAA) and averaged 18.6 points, a league-best 10.9 rebounds and 2.6 blocks. After the season, he signed with Acqua San Bernardo Cantu in the Italian Serie A, where he averages 9.8 points, 4.2 rebounds and 2.2 blocks in five games.

The Rookie Wire: “One of the more underrated prospects in the nation.”