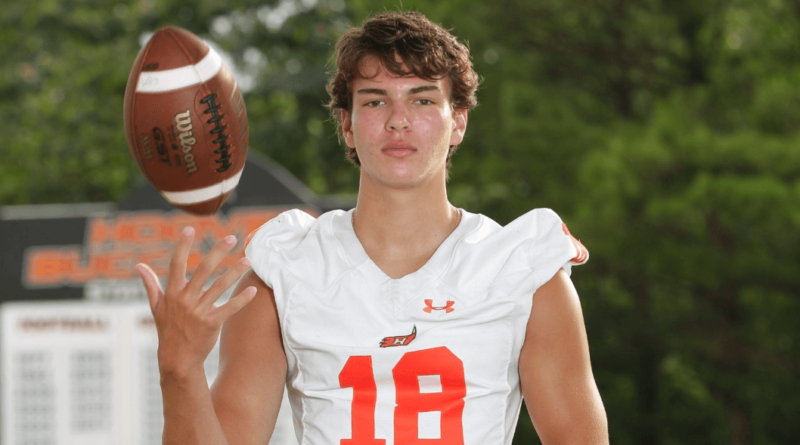 After beating No. 15 Shadow Creek 38-21 last week, this will be an easier game for North Shore, but it makes the list because Klein Collins is still a top 30 team in Texas. 2021 defensive lineman Trent Ward, a North Texas commit, is Klein Collins’ top player.

Ryan jumped up to No. 10 in the Power 25 following a really impressive 47-24 win over Martin last week. Guyer is also a national power. This is the game of the week across the country.

Both of these teams are on our Power 25 radar. Friday’s winner will have a leg up on the other as the season progresses. 2021 running back De’Anthony Lewis is Judson’s top player. He rushed for nearly 2,000 yards a year ago.

DeSoto has six players listed in the top 200 of 247Sports.com’s 2021 Texas player rankings. Defensive end Shemar Turner comes in at No. 9.

Chandler is the top team in Arizona. Even though Liberty won the 6A state championship a year ago, expect Chandler to roll in this game.

With star junior quarterback Nicco Marchiol transferring in this offseason, Hamilton has transformed into one of the best teams in Arizona and perhaps even the nation. If the Huskies start the season well, they’ll be ranked in the Power 25.

Saguaro is the third team from Arizona in the Power 25 discussion. Three of their seniors are ranked in the top four of 247Sports.com’s 2021 Arizona player rankings. They are offensive lineman Bram Walden (Oregon commit), defensive back Denzel Burke (Ohio State commit) and defensive end Quintin Somerville (Michigan commit).

St. Xavier is one of the top teams in Kentucky, but Trinity should win big. This game will show just how far ahead of the competition Trinity is in Kentucky.

No. 18 Thompson beat Hewitt-Trussville 35-21 earlier this season. Will Hoover be able to match the 14-point victory?

Don Bosco Prep is a team on our radar. Like other teams on the periphery of the Power 25, beating inferior teams by large margins is one way to separate from the pack. Don Bosco Prep will have that opportunity in their opener.

This game is a battle of the second and third best teams in Utah. Skyridge is in Utah’s 4A Class and Lone Peak is in 6A, so unfortunately playoff seedings aren’t really on the line here, but this will have the feel of a postseason game.

Cathedral can keep its Power 25 hopes alive with a win against Elder. The Fighting Irish have rattled off two very impressive wins in a row against St. Xavier and La Salle, both of Cincinnati, Ohio. Can Cathedral go three for three this week?

This is a showdown for Oklahoma supremacy. Bixby comes in as the state’s No. 1 team and Carl Albert is a top five team.

Bergen Catholic is currently our highest ranked team out of New Jersey and they begin the year with a very challenging test against St. Joseph Regional. Bergen has a great 2022 class headlined by quarterback Steven Angeli and cornerbacks Jaeden Gould and Jayden Bellamy, all of whom are big time prospects.